Screenshot off the tablet:
Posted by Dicing with Dragons at 10:45 AM No comments:

We went to it. We saw it. We enjoyed it.

Of course, it won't be a hit with everyone, but artists and animators who understand and enjoy the art of caricature should get a kick out of it. Is it better than Cars? Eh, not really. Is it better than Toy Story, I think so. And how was the short? Pretty kickass, honestly.

For some reason, every time I see a PIXAR film, I'm awfully tempted to fire up Sarcosuchus_imperator and do a CG project. If only it weren't so expensive in terms of electricity to run Maya and the RAID it runs on... (I really kind of need to be paid to run the big iron these days, but, that might not be enough to stop me.) I think it's worth pointing out that few other CG films really give me this sort of thrill. Dreamworks, for all of its efforts (even the good ones), never really makes the level of energy it takes to actually inspire me to create something. Non-PIXAR Disney often has a similar problem, as does Warner's animation. Exceptions are pretty notable, however, even if the CG is comparatively minimal.

It's also worth seeing on the big screen. The grandeur and effort in terms of shaders and lighting PIXAR invested into Tokyo, Italy, and London for these virtual locations are nothing short of amazing, and are packed with humor (subtle and otherwise). (Of course, not owning a large flat panel liquid plasma LCD display teevee, perhaps this is a distinction that's sort of lost on folk nowadays.)

All in all: worth it, and I'll see it again.
Posted by Dicing with Dragons at 8:37 PM No comments:

Cars. Is an argument for Intelligent Design Creationism. Cars. Really.

And then this happened. If this is satire, it ought to be on the Onion, it's that brilliant. If not, well, wow that's just ... I honestly know of no way to end this sentence.

(I just put "Cars" and "creationism" tags onto the same post. Is this even possible? I didn't get a whole lot of sleep last night. Maybe I've drifted off to sleep at my workstation and merely dreamed all this.)

I'll check back tomorrow.
Posted by Dicing with Dragons at 4:37 PM 2 comments:

Cars is a work of fiction. Cars 2 will be, too. You should probably know this.

So. This happened. You should go read it.

You should probably know I enjoyed Cars. I will also be seeing the sequel in theaters, because I have seen all of their films in theaters, and don't intend to miss it. Even so, I sort of wish Trish had inverted the order of topics in her article--the Jurassic Part IV why commentary is funny and insightful.

But, with regard to Cars, here are the issues:

"It's explicitly been made as a moneymaker, even though PIXAR doesn't really need one."

"Why the hell are we not getting an 'Incredibles' sequel instead of this?"

Because "The Incredibles" is Brad Bird's property, and he's open to a sequel if he can come up with an equivalent or better story. That's why.

I don't. I regard PIXAR's first feature length film, Toy Story, as its weakest entry. It's still a pretty good film, but it was also their first film, and one might expect that. I'm also perfectly comfortable with breaking ranks with other PIXAR fans over this issue; they don't see Cars the way I do, and after reading what Trish has written, I now understand why.

I don't think their reasons have much validity beyond "it wasn't my bag," which is perfectly fair. But many of the objections concern things which are either silly or irrelevant to want in a film like Cars.

"First off, [Cars is] very definitely a film for little kids."

Yes, animation companies occasionally do this. Doing so doesn't always necessarily distract from the experience of watching it (cf. Snow White, Sleeping Beauty, &c.). My experience watching Cars differed from Trish's, however, in that I actually really enjoyed the film. I'm nearly 40, and so hardly in the targeted demographic Trish suggests the film is for. (I do, however, collect toys, so, you know, there's that, though not any of the Cars toys.) Oddly enough, even my Dad seemed to enjoy it. And my Dad actually hates animation. Cars might be for the little kids in all of us. That sometimes happens, too.

"As in, it makes no damn sense, and the more you're forced to think about it, the further you're sucked out of the story."

This is a criticism which I always found silly, frankly. The world of Cars is obviously one of cars, of automobiles; where we would see faces (as pareidolia, no less), in the world of Cars the cars see cars; hence the referential aspects of it. But I see we are prepared to overthink this, so:

"It's too bad, then, that almost no thought went into issues like, if they're cars, how -and why- did they build the houses?"

The houses &c. are set dressing, not crucial plot points. The environment is intended to evoke the feeling of civilization by way of caricature and allusion, not be a precisely analogous and literal interpretation of human civilization. The characters don't need to have a completely logical and thoroughly thought-out mechanistic reason for being there to tell the story. This is necessary only when it matters to the plot (cf. the functional design of Monsters, Inc.'s power plant, for example).

The photorealism of the world arises from PIXAR's raison d'être; that objects will be rendered without causing the viewer to question their substance:


I don't see why anyone should feel "forced" to think about the world of Cars, or any movie which features talking inanimate objects (or, for that matter, talking animate objects which are not also humans). But if they are, why are they thinking about these things, instead of the characters or the story? No aspect of the plot really hinges on the world crafted for Cars, their origins, or why they are the way they are.

If we ask these questions though, we should also ask:

And we can do this for non Disney films and stories:


As you can see, this sort of criticism is kind of pointless. Sometimes stories are allegoric, sometimes not, some create devices to ease the presentation of ideas which might be harder to deliver when spoken by human characters (this likely goes back further than Aesop), and some stories are purely for entertainment (Cars).

So who made the cars in Cars? Who made the toys in Toy Story and why did they infuse them with magical life? Does anyone really care about this by the end of Toy Story 3? It's as relevant to the experience of watching these films as knowing who the first grade teachers are of characters in any Hitchcock film. (In Rope, it might technically matter. In Rear Window, it doesn't.)

(I am not saying plot holes do not exist in film. A scene in The Matrix where everyone in the Matrix is described as batteries always jumps out at me, because we, as the audience, must accept that an otherwise indifferent AI would spend more energy than it could ever receive out of keeping a bunch of humans all happy and warm as power sources when it could simply go nuclear without regard to external environmental consequence. Humans are a pesky and expensive power drainsource. Nuclear could be completely human-free and the only people willing to object (like Greenpeace) would be safely and impotently trapped in the Matrix, which then could be farmed for solutions to external problems the AI minds find intractable. But I digress.)

Why does a firetruck in Cars grow flowers? Because the notion of a firetruck being a watering can is amusing. Knowing why they are growing the plants isn't important. I think it's a good film if the filmmakers can take subjects I'm utterly indifferent or even hostile to (cars, auto racing, Route 66), and make me interested in the world they make for it. That's the mark of a good film, in my book.

But, your mileage may vary.
Posted by Dicing with Dragons at 8:50 PM 3 comments: 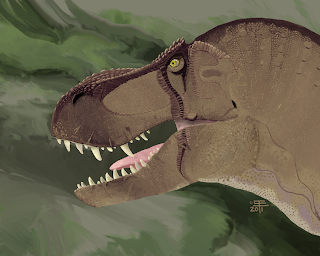 Posted by Dicing with Dragons at 10:30 PM No comments: