Monsters, Johnny, Monsters from the Id

Posted by Dicing with Dragons at 8:47 PM No comments: 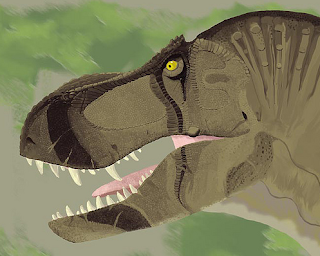 Drawn from the taxidermy mounts at the Alaska Museum of Natural History:

Relocated from the old blog 26 January 2008
Posted by Dicing with Dragons at 10:53 PM No comments:

A couple of gavial studies, for an upcoming show on the Archosauria:

Relocated from the old blog 26 January 2008
Posted by Dicing with Dragons at 8:19 AM No comments: